Lawmakers approved Oswego’s 2014 budget last December increasing the property tax for the city. Despite its approval, it will not affect students who presently reside off campus as leases are signed in June for the year. The tax increase is not expected to impact commuter students until 2015, when they might be inclined to pay a higher price for rent.

The City of Oswego agreed to increase property taxes by 43% for all residents to help close a $4 million dollar deficit beginning this year. Although this is a significant number, it was cut in half from the 81.8% that Mayor Tom Gillen initially proposed. With this new tax, each house assessment value is now $14.39 per $1000 instead of the previous rate of $10.

Oswego has not seen a major tax increase in 15 years

according to Syracuse.com. The city has a low balance of reserve funds and, health care and pension costs. There is also a loss in revenue. But the mayor seems optimistic for the future. He said that with the economic growth in business at the Port of Oswego, the expansion of SUNY Oswego, and Novelis aluminum plant will help expand the city’s revenue base.

Gov. Andrew Cuomo proposed a property tax “freeze” in his 2014-2015 state budget last week for Oswego County. He would take $1 billion for property tax relief and another $1 billion to support business tax reductions. It states that the first $1 billion dollars is earmarked for a two year property freeze tax by sending rebate checks to homeowners that submits to the 2% real property tax cap.

What this means for local residents is they will either be receiving a $16.07 rebate check for two years or a $514.08 tax cut. Further plans by the council for this proposal have not been made.

Rachel Herbert, a junior at SUNY Oswego was not aware of the increase at all. She said that because she already signed her yearly lease in October, she does not see the rent increasing for next year unless her landlord tells her. “Living off campus is way cheaper than living on campus anyways.” Undergraduate room and board, plus laundry for on campus living come out to about $12,800 a year. Herbert is paying $459 a month, while many on-campus students pay the fixed fee to use the facilities.

Clayton Votra like Herbert, is a student commuter and he understands the struggle that homeowners are having with the property tax. Votra sees otherwise for students who live off campus.

John Riley is a homeowner in the Oswego area who rents out homes to student commuters. Riley did not know about the reduction of the tax since he works out of town most of the time. As a landlord he predicts it won’t affect his tenants significantly, creating a 2-4% increase at most. “The tax rates probably should have been increased incrementally so the changes didn’t come as such a shock, but it’s hard to say without having a deep understanding of the city’s budget whether it is justified,” he said.

As an overseas employee in Korea, Riley has noticed the low-tax rates compared to New York. “If I were to work solely in New York, I would probably pay half of my salary in taxes [federal,state,and local,] but now I pay less than 15% total, including health insurance.” He feels the public service in Asia is far better than New York, and sympathizes for those who are burdened by the tax rates.

Under New York State law, there are different guidelines for tenants and landlords for every state, county, and city. The Legal Aid Society of Mid-New York provides guidelines that must be enforced in Oswego County. Since the tax increase will be affecting the rent cost, here are some important facts that every tenant should know before signing their lease for the upcoming year. If your landlord disobeys these rules, you as the tenant have the right to sue and take the landlord to small claims court.

Some of the tenant/landlord guidelines for Central New York include:

The office for Oswego’s Legal Aid Society is located on 108 West Bridge St., open Monday through Friday from 9 a.m.-5p.m. 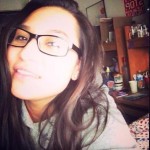