Check out these stories and find out what was happening in Oswego County and the surrounding area during the week of April 6 through 11.

1. The Heartbleed Bug affects roughly 66 percent of the Internet. While most websites have updated their security measures to protect users. (The Oswegonian)

2. Oswego City police arrested a 29-year-old man after their investigation found he raped a 12-year-old girl. He was charged with two felonies. (Syracuse.com)

4. An Oswego High School student who announced the start of her fundraiser in February for impoverished mothers in India recently handed out the supplies she purchased as a result of the local donations. (Palladium Times)

5. The commercial nuclear reactor industry safety in the United States improved overall in 2013, according to an annual report by the Union of Concerned Scientists, despite 10 incidents that occurred throughout the country. (The Oswegonian)

6. Police say they have arrested two men on burglary charges after one was caught taking items from the Oswego Inn. (Syracuse.com) 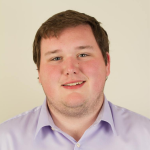