Skip to content
February 9, 2023
0
SHARES
ShareTweet
(This article is an expansion to a previous article which outlined the effect of environmental pressures on Lake Ontario; focusing more on the species of land and sea, and what can be done to remove their endangered status.)

As a Tyrannosaurus Rex takes predatory steps toward their vehicle in “Jurassic Park,” chaos theory specialist Ian Malcom says, “You know, at times like this one feels, well, perhaps extinct animals should be left extinct.”

It is a sentiment that many have been re-evaluating in the past week.

The reverberations of such a project could have untold impact on species not yet extinct, such as the flagship species of Lake Ontario, the sturgeon.

On March 15, Long Now, a private non-profit intellectual organization, hosted an independent TED talk in collaboration with its Revive & Restore project and National Geographic. The purpose was to bring up to topic of “de-extinction” to a mass audience (a closed session scientific meeting had been held at National Geographic headquarters on the topic last year, according to the magazine’s writer, Carl Zimmer), the possibility that through cloning and advanced biotech, extinct animals could eventually be “resurrected.”

It is not the first time that such a topic has been broached. The last Pyrenean ibex, a type of wild goat found in the mountains of northern Spain, was declared officially extinct in 2000. It was extinct for a second time in 2009 when the clone of a female ibex died less than ten minutes after birth due to lung complications.

The talk featured 25 different speakers, ranging from those in favor to those opposed.

Challenges
The twitterverse has exploded with references to Jurassic Park, but unfortunately, a dinosaur theme park with the real deal is out of our reach.

Attempts to clone animals are prone to premature death and lung problems, as evident in the death of the famous Dolly the sheep.

The successful birth of the Pyrenean ibex, also known as a bucardo, mentioned above was more than six years in the making.

In 2003, the first cloning of the ibex was attempted. It was declared a failure, when gestation  spontaneously stopped after only two months, according to El Mundo. Scientists recreated a total of 285 embryos for the test.

The 2009 test, which resulted in a single birth, utilized 57 out of 439 embryos implanted into surrogate females, according to The Telegraph.

In order to recreate an entire population of a previously extinct species, multiple males and females must be cloned. The genetic tissue used in the 2003 and 2009 tests came from a female bucardo named Celia.

In future attempts scientists must choose to search for DNA from a male of the species, or promote breeding among future bucardo clones with males of an unrelated subspecies.

The cloning of any other species can expect to encounter the same problems.

Conservation
Steward Brand, co-founder of and president of The Long Now Foundation, wrote in his opinion article on DeExtinction for National Geographic, “Why do we take enormous trouble to protect endangered species? The same reasons will apply to species brought back from extinction: to preserve biodiversity, to restore diminished ecosystems, to advance the science of preventing extinctions, and to undo harm that humans have caused in the past.”

One of those dissenting voices being Stuart Pimm, Doris Duke Chair of Conservation Ecology at Duke University. Pimm believes that DeExtinction is a “fantasy that real scientists—those wearing white lab coats—are using fancy machines with knobs and digital readouts to save the planet from humanity’s excesses.”

He goes on to say that DeExtinction includes none of the realities that endangered (and resurrected) species would have to face: habitat loss, growing human populations, loss of primary food sources and more. Primm believes that humans will take advantage of the science if it comes to fruition, reintroducing them each time human mistakes make them go extinct.

To read an opinion on what you’ve just read, go here.
What does this mean for us?

Lake Species
Invasive species such as the sea lamprey, zebra mussel and quagga mussels are causing a decline in native Lake Ontario species.

(To read more on this topic, click the link below) Lake Ontario feeling the pressure

One of the figurehead species, the lake sturgeon, is at a fraction of its former numbers, according to the U.S. Fish & Wildlife Service.

According to the U.S. Geological Survey, the FAER research program is being altered at a rate faster than predicted due to the “rapid rate of change now occurring throughout the Great Lakes basin.”

Birds
“Thousands of red-tailed hawks, eagles and other raptors fly directly over our area every spring, and many of the songbirds nest here in the summer,” said Betty Green, co-chair the Lake Ontario Bird Festival in a 2004 press release.

Oswego County Tourism has a list of birds in Oswego county, amassed from data in “The Birds of Oswego County: An Annotated Checklist” by Graig R. Fosdick.

The list contains 230 separate species of birds. Of that number, five are Protected- Special Concern, a rating which means that the native species for which a welfare concern or risk of endangerment has been documented in New York State. 81 different species are Protected. 13 are game species and three are unprotected.

De-extinction offers a safety net to the endangered, threatened and special concern species of the region. It’s just a matter of seeing whether the program moves away from the “shock-and-awe” species and toward those that contribute to the overall health of our environment. 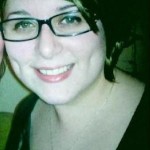