Lake Placid, New York– There was no “miracle on ice” for the Oswego Lakers as they were defeated 5-3 by the Wisconsin Eau-Claire Blugolds in the NCAA National Championship game at the Herb Brooks Arena.

Despite taking a 2-0 lead early, the Lakers fell victim of some lively boards and untimely bounces during their pursuit of a National Championship.The Lakers finished their season with a record of 25-5, and it is something they should be proud of.

It was very impressive for Oswego to advance to the National Championship, and they put on a spectacular showing in the Semifinal against Norwich.

The Lakers defeated Norwich 6-3 after having a dynamic third period, in which multiple players added some offense for the Lakers.

One of the biggest stories of the entire weekend was the amount of fans who made the trek to Lake Placid. Walking down the streets of Lake Placid was almost like taking a stroll down Bridge Street. Fans were decked with team garb, and there was a ton of Laker love in the air.

Even after the weekend was over, fans had no shortage of support for the Lakers.

I don’t think anyone can thank the seniors enough for what the did for the program. Thanks for some great memories. #goOSlakers #lakerpride

It was a great run for the Lakers and one that the team and fans will always remember.

Fans can relive the entire season by re-watching Oswego Lakers 24/7, a documentary that captured the inner workings of the entire season from a behind the scenes aspect. The final episode that documents the final stretch of the season.

The Lakers had an amazing run, and they should be proud of what they accomplished in 2012-13. The 2013-14 roster will be drastically different, but fans should be excited about a new era of Laker hockey beginning. 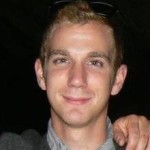