The commercial nuclear reactor industry in the United States overall improved in 2013 according to an annual report by the Union of Concerned Scientists, despite 10 incidents that occurred throughout the country.

The report states that these incidents mainly show inconsistent safety enforcement by the Nuclear Regulatory Commission and lapses at the nation’s commercial reactors. The NRC is a third party organization set up by the federal government under the Atomic Energy Act of 1954 that regulates and ensures safety measures at all nuclear power plants in the U.S.

“We have resident inspectors at all of the operating nuclear power plants,” NRC Public Affairs Officer Neil Sheehan said. “They are assigned to those plants full time and they serve as our eyes and ears at the plants. They walk the plants everyday.”

The city of Oswego has three nuclear facilities that lay six miles from the city limits, with the two-unit nuclear power plant Nine Mile Point Nuclear Station, in Scriba, N.Y., being the closest. Nine Mile Point is operated by CENG, which is a joint cooperation between the energy corporations Exelon and Électricité de France. CENG owns all of Unit 1, and 82 percent of Unit 2, while Long Island Power Authority owns the remaining 18 percent, according to the NRC. Nine Mile Point is also the second oldest running nuclear power plant in the U.S.

According to Sheehan, due to unplanned shutdowns at Nine Mile Point’s Unit 1 in 2013, additional oversight and inspections by the NRC will be added.

“We use inspection findings and performance indicators to guide us as far as what our level of oversight for each plant is going to be,” Sheehan said. “And so, in the case of Nine Mile Point, one of these performance indicators has to do with the number of unplanned shutdowns per 7,000 critical hours, in other words, 7,000 hours of online operation. So Nine Mile Point exceeded that in the third quarter of 2013.”

Sheehan also said the neighboring Fitzpatrick Nuclear Generating Station had issues with unplanned power changes and problems with the station’s power condenser. According to Sheehan, additional oversight and additional inspection work by the NRC at the facilities are meant to help the energy companies understand these past incidents and for the NRC to assess what the companies are doing in response.

Sr. Resident Inspector of the NRC, Kenneth S. Kolaczyk, who oversees regulation at Nine Mile Point, said that there are many safety measures in place and the requirements by the NRC are regulated strictly to ensure safe nuclear power activity.

“The NRC color-codes things at different levels, based on importance,” said Kolaczyk. “And mostly defined issues at Nine Mile are considered green, which is low level.”

Kolaczyk said safety inspections in place by the NRC at Nine Mile Point include protective construction requirements, safe design and operation standards, drug and alcohol testing of plant staff, and periodic oversight of the entire plant. Kolaczyk, referencing a prior incident in December 2013, said that the incidents posed no major threats.

“In December a plant was shutting down, some of the circulation pumps that circulate water through the reactor tripped offline” Kolaczyk said. “It’s not as scary as it sounds because the plant is actually designed to have natural circulation, so that if you don’t have pumps, water will still circulate through convection.”

Regarding these low-threat incidents, student residents feel the public needs to be more aware about the nuclear power activities in the area and the safety precautions residents should keep in the back of their minds.

“It’s a little freaky that so many people aren’t very informed about what happens over there, it seems so detached from our lives,” SUNY Oswego senior Danielle Limer-Nies said. “But I mean, it’s a nuclear plant right on our coast.

Other residents feel that public officials should make nuclear safety a more popular topic and that the information provided should be periodically distributed through emails, pamphlets and possibly informative meetings.

With the low-threat incidents occurring in the past year at Nine Mile Point and the Fitzpatrick Nuclear Generating Station, the NRC has stepped up its inspections and regulations at the plants and Oswego residents and students have stepped up their awareness of safety precautions taken regarding nuclear power. 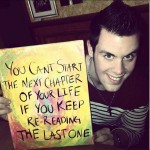