OSWEGO – The Oswego Lakers accomplished one of their primary goals for the 2012-13 season by capturing the SUNYAC Championship on Saturday against the Plattsburgh Cardinals at the Campus Center Ice Arena in Oswego, NY. The Lakers shut out the Cardinals 4-0 on the heels of an amazing performance by senior goaltender, Andrew Hare. Hare was later named tournament MVP for his efforts.

The long and tedious wait in line for 3,000 plus fans was well worth it this time around after the fans were disappointed with a 2-1 loss to Plattsburgh during the first “White Out” game held in December.

These fans were the first in line and they had waited well before the posted 4:00 p.m. that was displayed throughout the Campus Center.

The Lakers would go onto win by a score of 4-0, and it was a well paced game in which the Lakers received excellent goaltending from Andrew Hare.

Hare’s best performance of the night came during the second period when he was seated in front of the Oswego student section. Twice Hare made amazing goal line saves that kept Plattsburgh off the board, and it really was a game-changing period.

Safe to say Andrew Hare is on his game tonight. What a save!!

[gn_box title=”Social Media Interaction” color=”#22773f”]There was a ton of social media interactions amongst fans during the game, and this Storify has some of the top tweets from the night.[/gn_box]

Luke Moodie also had an excellent game for the Lakers as he registered two goals, and that made the home crowd very happy.

Once the Lakers captured the SUNYAC title, they celebrated on the ice with the championship trophy, but it was not the only piece of hardware they hoisted. The Badham Brigade, a diehard fan group made up of five Oswego students, created a Stanley Cup that was brought out the to team.

If you missed the championship game, here are highlights courtesy of WTOP so you can relive the amazing performance.

The Lakers journey for 2012-13 is only half complete as they will aspire to head to the NCAA Final in Lake Placid, NY. However they will have to defeat Adrian College in Michigan before they can advance to the Semifinal that will be held in Lake Placid.If the Lakers are successful and defeat Adrian, they will play the winner of the Norwich vs. Babson match up that takes place on Saturday night.

It will be a tough road to the championship but the Lakers have the roster and potential to make it happen. They came up short in the NCAA Championship game last year against St. Norbert, and with 14 seniors in their final season you can sense that there is some extra motivation heading into the tournament.

Right now the team is playing very well and they have a lot heading in their favor. However, as die-hard fans will tell you, in the playoffs anything can happen. 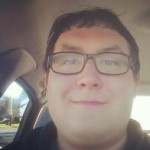