LA FARGEVILLE, N.Y. — Joe Cook has been living life in the fast lane for as long as he can remember.

“My grandfather was a big race fan. When I was five years old, he picked me up and I’ve been going ever since for 60 years,” Cook said.

Cook’s love for racing eventually grew into a racing career when he was old enough.

“I always wanted to be a racer, so I bought my own car and raced for thirty-something years. I got trophies and pictures from years ago. That’s the only glory you get out of it because you don’t make any money,” Cook said.

After Cook decided it was time to retire, he found a new way to enjoy his passion for racing. He began to sponsor racers from around the North Country — with many displaying his company’s logo on their cars.

“I love seeing my name on the cars. People that I help go, ‘Do you want me to put your phone number on there?’ And I always tell them no because I don’t want nobody calling me. I have enough work, so that’s why it just says L & J Landscaping with no advertising other than that,” Cook said.

One of the racers he sponsors is a little more special than the rest — his grandson, Eben.

“Eben is like really taking to it.  He just loves it. I tell him all the time, this is the same thing my grandpa and I did. He was my best friend and Eben and I are kind of like best friends. That’s what we do: we go to the races and have a good time,” Cook said.

Joe Cook’s passion for racing is felt throughout the community. Since his retirement, he has channeled his love for racing into helping local racers get on the track. Whether they need mechanical help, extra funds, or spare parts — Joe is there to make sure his racers can enjoy the sport while he enjoys watching from the sidelines. 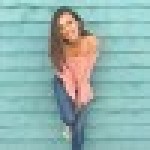