If you’re a college basketball fan, one knows how serious the month of March is. If you are a Syracuse basketball fan, the month of March is a second religion. With 948 career wins, Boeheim knows what winning seasons are all about. Year after year, Syracuse finds itself returning to the NCAA Tournament followed by the 40,000 plus fans with them. With all the success, there are still questions going into March every year. These are 5 things that Cuse fans need to know!

The most important thing that all Syracuse fans know is that the 2-3 zone shuts it down. For over 30 years Boeheim has perfected the zone. The zone forces teams to have to shoot from beyond the arc, or take contested jump shots. Boeheim takes advantage of shooters that have not yet perfected their shot. The hole in the zone at the top of the free throw line is the only spot that the offense can penetrate from inside the arc.

Composure during big games is huge. Cuse fans should know that Jim Boeheim is one that almost never loses his cool. During big games, keeping the team calm is extremely important. If the coach is losing his cool, it can cause the team to lose faith in closing out a game. During the regular season Boeheim lost his cool on a late controversial call against Duke. Since then, especially during March Madness he was very laid back and kept his composure to focus on teaching his players.

Another topic that Syracuse fans need to know is what kind of Syracuse team is going to show up. Fans know, the defense has and always will be there, however in recent years finding offensive consistency has become an issue. Syracuse went 0-10 from the 3-point line in the loss to Dayton which knocked them out of the tournament. Earlier in the year Syracuse’ sharpshooter Trevor Cooney was able to knock down 9 three pointers by himself. If teams expect to go deep into the tournament, consistency is important.

Matching up against your opponent is something Syracuse fans know Boeheim and the Orange spend time on. Going over tape of the opponent days before game time is something the team has done for a long time. Coming up with defensive and offensive schemes gives the Orange an idea on how to approach their competition.

Heading into March, rankings are far from everything. In 2003, Syracuse won the national championship, with an overall record of 30-5. This year they entered the tournament with a record of 28-6 and never made it past the third round. Each game has to be taken as it is going to be your last. Especially in March, when it really is. A team that may seem much weaker has proven to come in and play with more heart, in turn pulling out a win. Fans should know that each and every game should not be taken lightly.

With a strong recruiting class coming in next year, Syracuse basketball figures to pick up right where they left off. Cuse fans can expect more of the same from a hall of fame coach, and a fantastic program. With 5 strong topics heading into March next year, Cuse fans can only expect a better outcome. 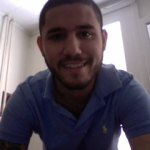