SUNY Oswego hosted a teach-in event as part of the Race Place Being series this semester. The event was based on the police shooting that have sparked controversy in Ferguson and New York City last year.

Dr. David Moody, along with a few other professors, and student Christopher Collins-McNeil, presented their views on the recent situations. Earlier that day in his classes, Dr. Moody urged students to attend the event and ask questions, as he believed it was a significant topic to learn about.

The event opened with an original song from Dr. Dennis Parsons, who created a song to encompass his emotions on the issues being talked about.

Many students, participants, and even SUNY Oswego President Deborah Stanley herself had many comments as to why they attended. President Stanley was especially excited for the event, as she explained that it is important for students to hear and participate in issues occurring in the world.

President Deborah Stanley speaking about her enthusiasm for the event

Oswego student Arlene Quinones also gave her insight as to why she thinks it is important to listen to the insight that the speakers at the event had.

Student Arlene Quinones on her views of the event

Many of the speakers had a lot of insight on the event, and voiced their opinions in a well-educated and professional manner. Questions from the audience made the event more interactive and anyone in attendance could get the answers that they were looking for. One participant, Virginia Buffet discussed how she wanted to hear both sides of the issue so that she could make more sense of where others are coming from that had differing views from hers.

Speaker Dr. Marshall on black’s views of the police

Dr. Moody brought up the question if there is a racial divide in America.

After the event concluded, Dr. Moody explained why he thought the event was important and his views on it. 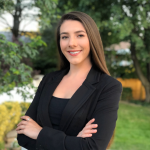