The concert line up for OzFest 2016, taking place on May 6th was  announced this week. Some people see this concert as an alternative to Bridge Street Run; a bar crawl in the city of Oswego. Last years concert took place in the Marano Campus Center Ice Arena in order to accommodate the large crowds. This year it is expected to be in the same place. The line up is Flo-Rida, Rich Homie Quan, Dej Loaf, and the concert is being hosted by Lil Duval.

The Oswegonian also ran a Twitter poll that over 500 students replied to. An overwhelming majority said that they would not be attending the concert in the Spring. 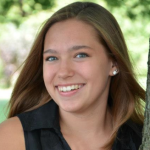