The Oswego state women’s lacrosse team is looking to make an impact in the SUNYAC conference this season, after a promising 5-2 start.

Oswego picked up impressive victories over Springfield College and Utica in the non-conference, and now are trying to push into the top four in their conference, which would earn them a playoff appearance; a feat which they missed by just one game a season ago.

“I absolutely would love to make playoffs,” said Oswego coach Brandi Lusk. “I think that’s my job here to produce a winning team, we were so close last year….I think that we are a top four team but I also think there are eight solid teams in our conference so it could be anybody’s game, we just have to make sure we’re healthy and well prepared.”

However, Oswego believes they still have what it takes to crack the top four. The Lakers are off to their best start since 2002, thanks in part to the leadership of their eleven seniors, and sophomore superstars such as Emily Lange, the team’s leading goalscorer, and Eranaan Shattuck, the team’s overall points leader.

After dropping a tough matchup against Fredonia to start their SUNYAC schedule, Oswego will have to test their resolve in the upcoming weeks. Between April 5th and April 21st, Oswego will play ten games, including six road games, and four games against nationally ranked opponents.

“I think at this point it does become a very mental game,” said Lusk. “Making sure we’re very well prepared whether it’s chalk talk, scouting reports, film sessions, that’s what’s going to help us understand our opponents a little bit better and hopefully give us that edge.”

Oswego will travel to Cortland, to take on the Red Dragons on Saturday, April 5th as they look to pick up their first conference victory of the season. 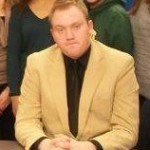