Check out these stories and find out what was happening in Oswego County and the surrounding area during the week of April 26 – May 2.

[su_dropcap]1[/su_dropcap] The Oswego Common Council was petitioned recently for a return to the five percent tax cap that was removed in 2011.

[su_dropcap]2[/su_dropcap] An Oswego County woman was charged with stealing a credit card and charging more than $800 to it.

[su_dropcap]3[/su_dropcap]The first step toward the approval of the college’s plan to bring businesses to the campus was announced by SUNY Oswego President Deborah Stanley on  Thursday. (Note: The Palladium-Times requires a subscription to read full stories)

[su_dropcap]4[/su_dropcap] Scott Buniak, an outfielder on the Oswego State Lakers baseball team, was named to the Academic All District First Team.

[su_dropcap]5[/su_dropcap] A junior student at Oswego State was given a national honor recognizing his community service for his work as a mentor to Oswego children.

[su_dropcap]6[/su_dropcap] There will be a walking tour of Fort Ontario on May 10 to recognize the 200th anniversary of the 1814 Battle of Oswego. 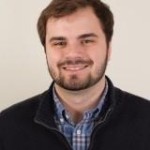