OSWEGO, N.Y. — Disney is easily one of the most powerful companies in the world. Whether you’re obsessed with their mascots or despise them for being a dominant monopoly. The reality is, Disney’s goal is to live forever and Disney Plus will them help achieve their goal.

The excitement around Disney Plus is something that’s been brewing for awhile now. Rumors of Disney releasing their own streaming service date back to almost two years and when the day finally came, the subscriptions poured in.

Most of its subscribers have been college students and young adults. Like Caitlyn Prosser, an Oswego State senior and zoology student whose love for Disney has been life-long.

“I actually got Disney+ the day it came out, like when it released at midnight. I love Disney I’ve been a huge fan of Disney since I was little. I have two Disney tattoos. The new Star Wars movie is coming out really soon and they also have all of the Star Wars movies. You can binge them all and also the Mandalorian series, is also a very good show,” said Prosser.

While most of Disney’s fans are supportive and passionate, some fans don’t hesitate to point out the potential issues with the streaming service. For Ryan Cummings, an Oswego State childhood education student it’s important to recognize Disney’s flaws.

“I think in a whole Disney exploits a lot of companies. I think they exploited Marvel through the whole Spider-Man debacle with Sony. I think they’ve been exploiting Star Wars when it comes to making its content more child-friendly,” said Cummings.

Disney earning nearly 15 million new subscribers within its first 5 days wasn’t an accident. Nostalgia is a feeling everyone enjoys and lately Disney Plus has been the main reason for it. 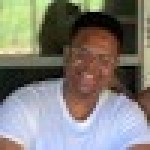