OSWEGO, NY — Homelessness is an issue facing most places, large and small, including Oswego County. While the majority of the homeless population in the region is over the age of 18, there are plenty of children who don’t have permanent shelter, according to Oswego County Opportunities.

Volunteers representing Oswego County Opportunities took to the streets Thursday to raise awareness about childhood homelessness. Volunteers braved the cold to lay on a couch for hours, hoping to catch the attention of those who passed by.

The demonstration served as an advertisement for a fundraiser that’s set to take place on April 29th at Lakeview Lanes in Fulton. OCO officials said the fundraiser is important in light of recent cuts to federal funds for the homeless population. The Organization Manager for OCO, Toni Ross, noted how in addition to money, she was aiming for the event to provide sympathy and understanding for these children.

“We really want to raise awareness, but it’s also education and empathy. On a really cold February night, to not really know where I’m going to lie my head one night, it has to be such a horrible, scary feeling,” Ross said.

Ross is hopeful that with both the Couch Surfing Event and the Bowl-a-Fun fundraiser in two weeks, the approximate 1600 children needing a home across Oswego County will be given a chance. 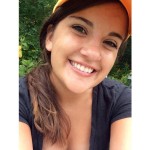