Oswego, NY – Last Thursday, students, faculty, and community members flocked to the Marano Campus Center at SUNY Oswego for the tenth annual Media Summit. With an impressive lineup of panelists, including Charlie Rose, Al Roker, Connie Schultz, Dennis Thatcher, and moderator Ken Auletta, exceeded expectations for the packed arena. The Media Summit, co-hosted by SUNY Oswego alum Louis A. Borrelli Jr., discussed the positive and negative aspects of the digital revolution. Along with the main panel of the Summit, attendees were also able to enjoy different events such as a live viewing of NBC’s “Today” show, and a separate panel, “Let’s Talk Cleveland” headlined by Steve Levy of ESPN, and Dr. David Moody of SUNY Oswego.

—
Al Roker, who graduated from SUNY Oswego in 1976, welcomed a national audience to the Marano Campus Center, where NBC’s “Today” show’s weather segment, and the Weather Channel’s “Wake Up With Al” segment were broadcasted. Students gathered in the Marano CC in the early hours of the day for a chance to be seen on the live broadcasts. Students were up as early as 2:30 am to be a part of the show, but space was limited due to the popularity of the event. Roker is considered one of SUNY Oswego’s most notable alumni, due to his role as meteorologist for NBC’s “Today” show.

Later that afternoon, people gathered for Steve Levy, Dr. David Moody, Connie Schultz, and Dennis Thatcher for the Media Summit’s “Let’s Talk Cleveland” panel where Cleveland, Ohio was the focal point of the discussion driven by the panelists, and the audience members as well. The panel covered a wide range of topics; mostly centered around sports.
—

Controversy seemed to be the theme for the panel, with the panelists tackling the issues such as the Washington Redskins and other highly debated sports mascots, Lebron James and his departure from the Cleveland Cavaliers, and the matter of compensating college athletes. The afternoon event was full of debate, but the topic of Lebron James brought the most emotion from the panelists and the audience members. Schultz described her transition from initially defending Lebron to taking the announcement of his decision personally.

Speaking on the controversial name of the Washington Redskins, the panel was unanimous in condemning the use of the name and Levy got directly to the point; stating “There is no way the Redskins name will stay.” Bringing the topic closer to home, Schultz transitioned the discussion of the Cleveland Indian’s mascot, Chief Wahoo.

As the panel came to an end, audience members were able to take the discussion into their hands, where they brought on the topic of where the media was going. This perfectly transitioned into the later Media Summit panel where Levy stated, “It’s up to us to decide where it goes.”

Before the Media Summit started, Rose, of PBS’ “The Charlie Rose Show”, CBS’ “This Morning”, and “60 Minutes,” was honored with an honorary degree as a doctor of humane letters, which was presented to him by Auletta and SUNY Oswego President Deborah F. Stanley. Rose, who graduated from Duke in 1964, said he was “honored to graduate from this university” after receiving his honorary degree from SUNY Oswego.

The Summit was moderated by Ken Auletta, and included panelists Al Roker, Charlie Rose, Dennis Thatcher, and Connie Schultz. The panelists engaged in a debate focused on the Digital Revolution, and whether it has been a blessing or a curse. The Digital Revolution is in reference to the increase of technology over recent decades, and more specifically, how it has affected the media industry.

The panelists discussed the pros and cons of technology, specifically pertaining to the news industry. Regarding the rapid declination of print news, Schultz stated, “I feel we’re actually at the funeral.” Roker also stated his opinions on how technology, specifically the Internet, has an effect on his children, saying, “just because it’s on the web doesn’t mean it’s true.”

Not all was bad, as panelists praised how the Digital Revolution has in fact revolutionized the media industry. According to Schultz,”it started as a curse but became a blessing,” stating that the Internet is a way to merge her professional and personal life, while also controlling the narrative of her own life. Dennis Thatcher also had this to say on digital media, “we are available online now, all day long”, which was a shared opinion amongst the panelists.

Concluding the Media Summit, students and faculty were able to attend the Career Connectors Panel where Oswego alumni Jeanne Yacono, Cameron Jones, Jeremy Donovan, Stephanie Sweeney, Shea O’Connel, Derek Dunning, and Kate Wilcox offered the audience helpful advice on networking, breaking into the business, and much more. On networking, Jeanne spoke to the audience about holding onto those connections you meet stating, “In networking, you don’t just take a business card and keep it for two years and then say, hey, remember me?” 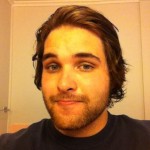